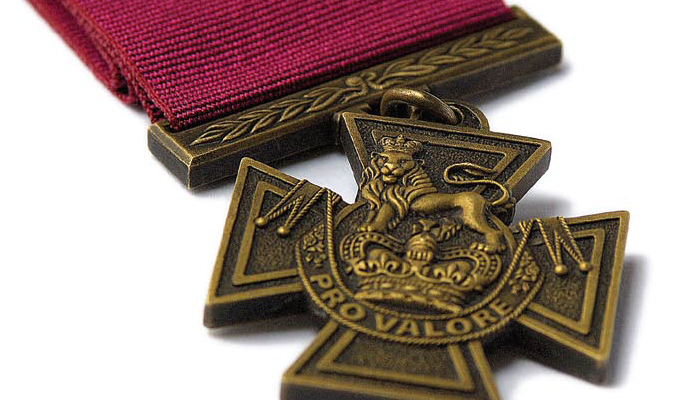 Naval VCs with links to Bristol

The VC was introduced on 29 January 1856 by Queen Victoria to honour acts of valour during the Crimean War. Since then, the medal has been awarded 1,358 times to 1,355 individual recipients. Only 15 medals, 11 to members of the British Army, and four to the Australian Army, have been awarded since the Second World War. The traditional explanation of the source of the metal from which the medals are struck is that it derives from Russian cannon captured at the Siege of Sevastopol. Some research has suggested a variety of origins for the material. Research has established that the metal for most of the medals made since December 1914 came from two Chinese cannons that were captured from the Russians in 1855.

Surgeon William John Maillard of Banwell was the first and only Naval Medical Officer to win a VC. 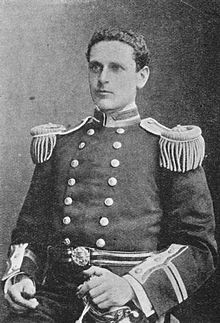 Born in the village of Banwell, Somerset in 1863, Maillard was educated at Kingswood School in Bath, Dunheved College in Launceston and Guy’s Hospital, London. He joined the Royal Navy in 1889 serving in a number of ships before joining HMS HAZARD in 1897.

On September 6th 1898 at Candia in Crete, two parties of men from HMS HAZARD went to the assistance of the Customs House Garrison, which was under siege. [HMS HAZARD had been sent to the Mediterranean to restore order after 1500 Greek troops landed in Crete with instructions to hoist the Greek flag in defiance of Turkish sovereignty].

Later when medical assistance was called for, Surgeon Maillard [then 35] who had already reached safety, went back through a deluge of fire to rescue a seaman who was wounded. The seaman was near death, and it was impossible for Maillard to lift him. He returned to his post uninjured but with his uniform riddled with bullet holes.

The link with the RNR in Bristol is that Surgeon Maillard served as Staff Surgeon on board HMS DAEDALUS in Bristol from 23 Nov 1899 until 29 Aug 1900.

Brigadier General Frederick William Lumsden VC, CB, DSO & Three Bars ). He was born into a military family in Faizabad, India on 14 December 1872. His father, James Foot Lumsden, worked in the Indian Civil Service. At a young age he returned to Britain and attended Bristol Grammar School.

He was a British officer in Royal Marine Artillery and later the General Staff, during the First World War. During his service he was decorated four times for valorous service and saw action in several major campaigns before he was killed just months before the war’s end in June 1918 with the rank of Brigadier-General. Amongst his decorations was the Victoria Cross, won at Francilly in 1917 when he was a Major. He was also the first of seven British officers to be awarded the DSO four times in the First World War.

He was killed in action at Blairvill, near Arras, France, on 4 June 1918: he was shot through the head and died instantly. He is buried in the Berles New Military Cemetery, Berles-au-Bois, France. 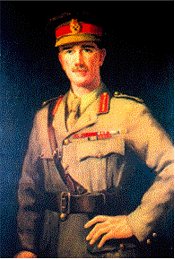 Midshipman Edward St John Daniel of Windsor Terrace, Clifton won his VC at the Battle of Inkerman in 1855. He was a member of the ship’s company of HMS DIAMOND who, having been landed, took part in the scaling of the Redan, rescuing his Captain. His VC was forfeited in 1861 when as a Lieutenant, he was convicted of desertion and evading court martial. Daniel is reputed to be buried in Hokitika Cemetery, South Island, New Zealand, but there is some doubt about this. See his story under ‘Individual Stories’. 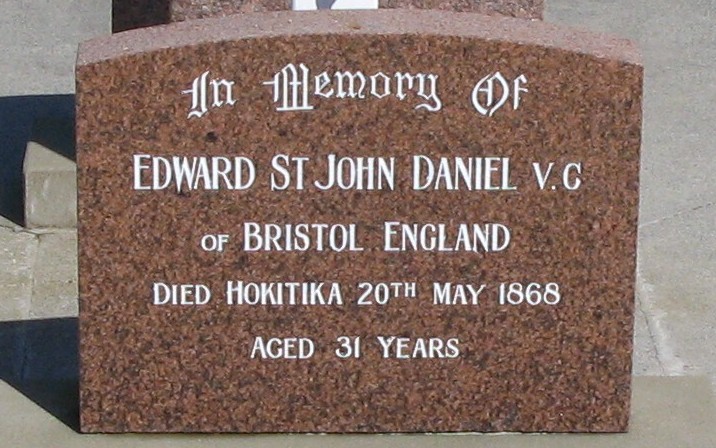 Daniel’s Memorial – a centre piece of the Hokitika graveyard

Lieutenant George Fiott Day of HMS RECRUIT was born in Southampton and won his VC in 1855 at Genitichi in the Crimea when he landed to reconnoitre the bridge, batteries and enemy gunboats. Retired as a Captain, he is buried in Weston-Super-Mare, and his VC is in the Sheesh Mahal Museum in Patiala, India. 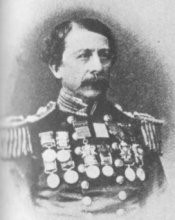 Commander Claude Congreve Dobson was born in Clifton and was educated at Clifton College. 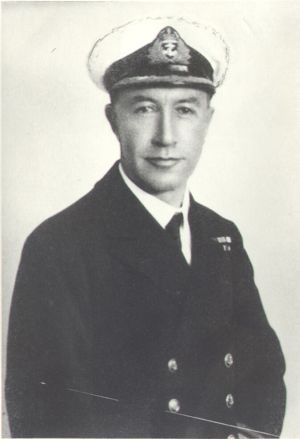 Reproduced by permission of MaryAnn Cervin-Lawry from Wikitree Family Website

Commander Dobson was an experienced submariner and small motor boat captain who served in WW1. He was 34 years old, and a Commander in the Royal Navy serving with the North Russia Relief Force when the following deed took place for which he was awarded the VC. In command of a Motor Boat Flotilla during the North Russia Relief in 1919, at Kronstadt, he led the force through forts to the harbour and under heavy machine gun fire, torpedoed the battleship Andrei Pervozanni. He subsequently led the force back to sea. Dobson was also the holder of the DSO and retired as a Rear Admiral. His VC is in the National Maritime Museum. He died aged 55 in 1940 at Chatham and is buried in the Woodlands Cemetery, Gillingham.